Each winter, white-front geese move into the California Delta in large numbers. By late January they begin to build up their numbers on Sherman Island. By April, the congregation of geese at Sherman Island can be quite large. 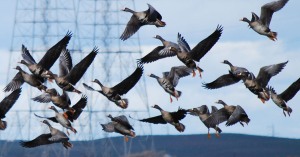 Waterfowl populations have flourished under close monitoring by hunter-funded programs.

Thirty-five years ago, white-front goose numbers were so low that the daily limit was lowered to one white-front per hunter. Due to successful conservation efforts the limit this past season was increased to ten per day.

Click on the link below to view a recent video of white-front geese (aka specklebelly geese) as the gather in preparation for migration.

They are quite vocal.

The main Indian artifacts found on our ranch are grinding rocks where the Ohlone Indians ground acorns and other edible seeds into meal or flour.

The sites we’ve found are always near or on the top edge of a ridge with a view. The sites always have large rock outcroppings with flat areas large enough for several people to sit together and there is always shade.

Whenever we go to one of these sites it’s easy to see why they were selected. The view raises one’s spirit and the shade protects the grinder from the hot sun.

There is usually a spring near by. Sometimes these sites are quite large and it appears that the Ohlones may have had an entire camp in the immediate area.

The largest site I’ve seen was overlooking La Costa Creek on the south side of Rowell Ridge. The rock outcrop there is so large that the drop off from the edge of the ledge is straight down for over 100 feet.

This past weekend we found a site that I had not seen before. It has at least five ginding holes. The site is on the north side of Rowell Ridge and has a commanding view of the Livermore Valley, Mount Diablo, Brushy Peak and the Black Hills. 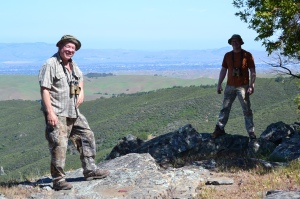 My brother Rob and son-in-law, Brett, joined me for a turkey hunt. Afterwards we scouted for artifacts. This is a perfect site. Mount Diablo can be seen just behind Rob and Brushy Peak is behind Brett who is standing in the shade.There is a grinding hole at Rob’s feet where my Swiss Army knife is laying on the rock.

We found five wholes. Here they are. 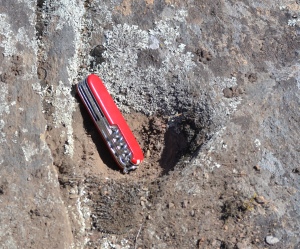 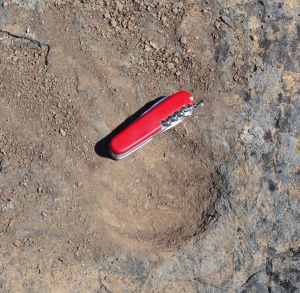 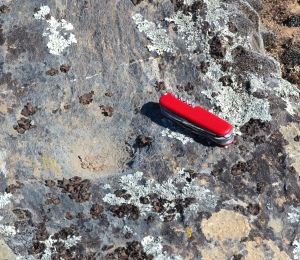 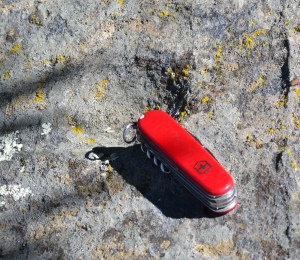 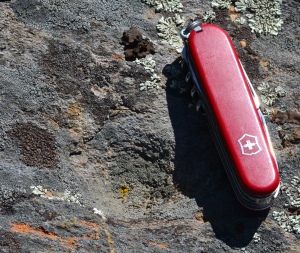 I guess you could say, “When you’ve seen one you’ve seen them all.” Keep in mind that there are other critters that seek out the same sites. 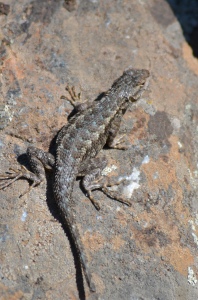 Western fence lizards are common in the rock outcrops. 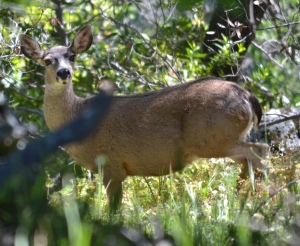 Black-tail deer often bed down near ridge tops for safety and hide in the shade. This one popped up about 15 yards from me as I searched for grinding rocks. 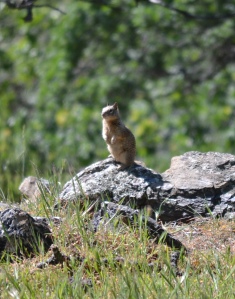 We often find rattlesnakes in the same places are grinding rocks. This was one we saw in the same rock outcrop as the grinding holes.

Once again the turkeys are doing there thing. Drove the vineyards this morning and found a few birds along the edges of the vineyards south of town. Here are a few of them. 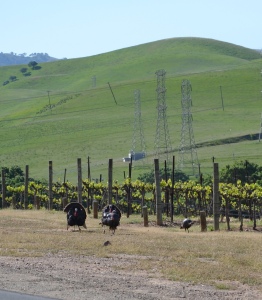 Here is where I found them. Not far off Vallecitos Road. 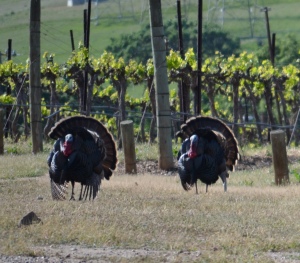 These guys were mimicking each other. 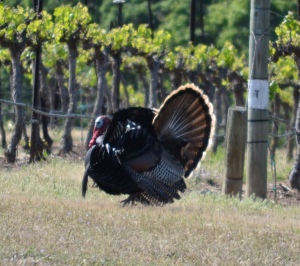 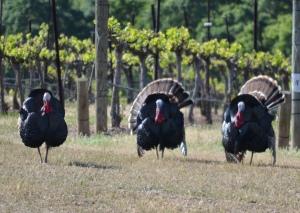 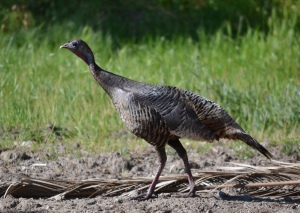 Photographed this hen earlier at the VA hospital.